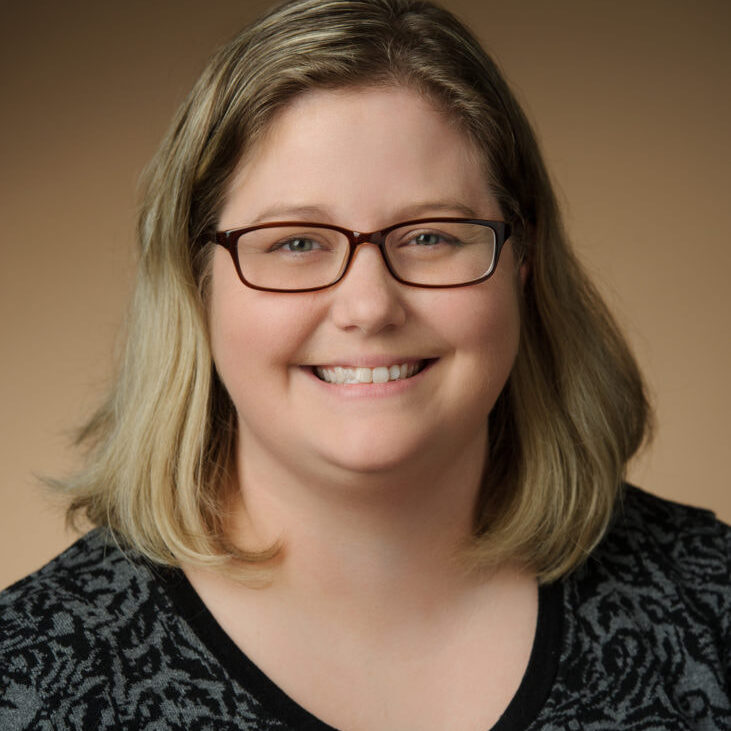 Marcie Timmerman has been Executive Director of MHA Kentucky since April 2017. She holds a masters in health administration from the University of Kentucky College of Public Health.  She possesses strong skills and expertise in health policy, social media, nonprofit fundraising, and peer support.  Ms. Timmerman’s previous roles include social media communications for Kentucky Equal Justice Center and the #InsureKY coalition. She served as Board President and outreach coordinator for NAMI Lexington, Lexington manager of NAMIWalks, as well as owning and operating Timmerman Consulting — a local marketing and social media startup.  She continues to be champion of Participation Station and remains on the KYSTARS Advisory Board. In total, she has been in mental health education and advocacy for over 15 years.

Mental Health America of Kentucky is the Commonwealth’s longest service mental health organization. Next year, we will celebrate our 65th year. Our documented history is 18-pages long. For this application, A VERY brief summary is included. In early 1951 with the backing and encouragement of Barry Bingham, Sr. and Dr. S. S. Ackerly, the Council of Jewish Women began an effort to build up interest in a statewide mental health organization. The group gathered in Louisville in June formed and incorporated the Kentucky Association for Mental Health. The first and foremost aim of the Association was to protect and promote the interest of the mentally ill.

The first real achievement of the members of the Association, in conjunction with medical professionals and governmental leaders, was the creation of a Department of Mental Health. Frank M. Gaines, M.D. became the first Commissioner of that department. During the 60’s, the number one priority for the Association was the Kentucky Department for Mental Health budget and funding for mental health services. With our assistance, Twelve Regional Mental Health Centers were operating in Kentucky with federal income of $2 million and other income of approximately $1 million.

The 70’s highlighted the area of prevention for Kentucky’s school systems. The 70’s saw a dramatic number of patients discharged from mental hospitals without proper plans for care. We protested this and was able to affect some changes on the behalf of patients.

During the ‘80’s the association was instrumental in helping establish the Kentucky Mental Health Coalition, a Coalition still active today.

The 90’s continued to be a decade of education of the Commonwealth. The inaugural Mental Health Institute was held. During this decade, through donations, our scholarship program began.

The legislative priority for 2000 was mental health care parity. Upon passage of parity, Mental Health America of Kentucky began in earnest to provide education and scholarships for the Commonwealth.

From 2010 until today, Mental Health America of Kentucky provides training to professionals, consumers and the general public. We promote programs for “Living Your Life Well, B4Stage4, Trauma-Informed Care and scholarships to college students.  We continue to make a difference in the lives of those with mental illness. We’re looking forward to our next 65 years.

Mental Illnesses are brain-based conditions that affect thinking, emotions, and behaviors. Since we all have brains – having some kind of mental health problem during your life is really common. No matter what kind of mental health problem someone is facing, it is always possible to get better. If you think you’re experiencing a mental illness, try to find any kind of support earlier than later. Like other illness, treating mental illnesses early can help you get better faster.

We welcome the opportunity to assist you! We are available via phone, text, and email most weekdays. Please call 859.684.7778 or email mhaky@mhaky.org if you have urgent questions that are not covered here at this time!